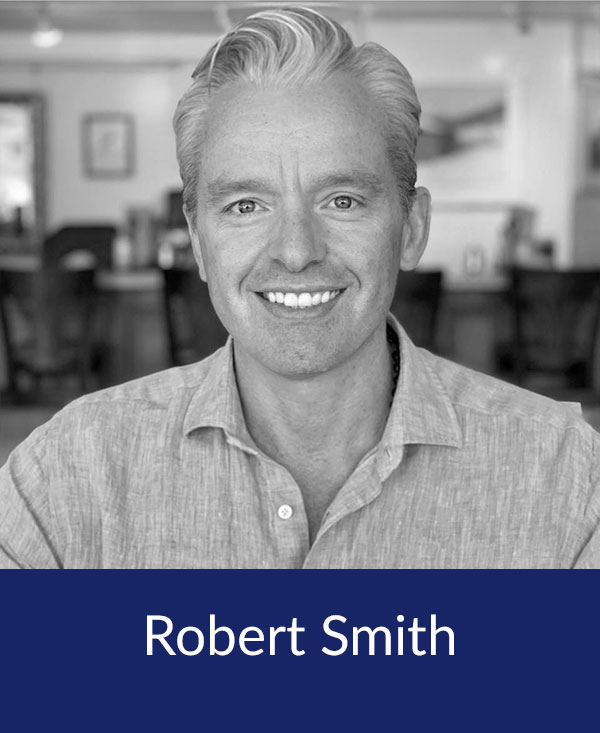 Robert Smith is the founder of Conscious Capital®, which is expeditiously funding solutions to the world’s most pressing problems.

The for-profit division of Conscious Capital, operating out of New York City and Zürich, invests in and builds companies focused on human health and planetary health.

Robert has been recognized as one of the 100 Visionary Leaders by Real Leaders Magazine, alongside Malala, Mikhail Gorbachev, Muhammad Yunus, Oprah and many others who are leading us towards a better world. He was also inducted as a member of Evolutionary Leaders, co-founded by Deepak Chopra, to bring together leaders who feel a sense of urgency about the state of our world and are forging a movement for the conscious evolution of humanity.

He began his career in the financial industry in New York City nearly 30 years ago with lessons passed down from four generations of family members who worked in the industry before him. He learned about trading from his father; investment banking and investment management from his grandfather; institutional sales from his great-grandmother; and philanthropy and creating financial vehicles “in divine service to others” from his great-great-grandfather.