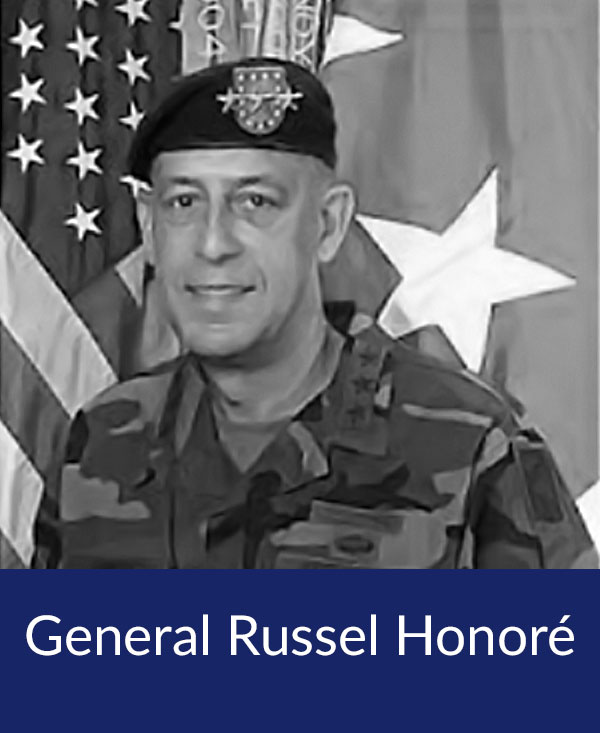 A Lifetime of Service

General Russel Honoré is a decorated 37-year army veteran and a global authority on leadership, disaster management, and climate preparedness. At the request of the Speaker of the House, the General led Task Force 1-6 Capitol Security Review to improve Capitol security following the attacks on January 6, 2021. As the commander of Joint Task Force Katrina, he became known as the “Category 5 General” for his leadership in coordinating military relief efforts in post-hurricane New Orleans.

General Honoré knows that the future of our national security depends on protecting our environment, and he’s fighting for a brighter future for us all. A Louisiana native, he founded the GreenARMY, a coalition of environmental experts and advocates, to protect against pollution while fighting climate change and the natural disasters it causes.

During his military career, General Honoré held numerous commands, including Vice Director for Operations for the Joint Chiefs of Staff and Commander of the Standing Joint Force Headquarters-Homeland Security.