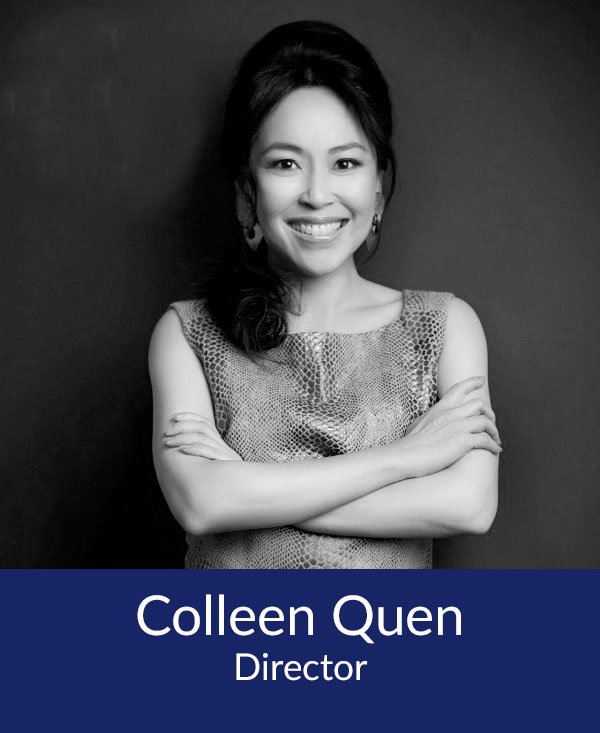 Colleen Quen earned an AA in Fashion Design from the Fashion Institute of Design and Merchandising (FIDM) in 1986. Certified in French Couture, she began her journey of couture design in 2000. Quen’s work has appeared in Flair, WWD, International Herald Tribune, Vogue.fr and America’s 39’s Next Top Model.  Her designs have been showcased on celebrities including Paris Hilton, Tyra Banks, Vivica A. Fox and Geena Davis. A native of San Francisco, Quen was chosen by the San Francisco Museum of Modern Art to participate in its 75th Anniversary Muse Campaign. As a watercolor artist and ink wash painter, in 2014, she exhibited a solo show of 30 of her paintings called In the Spirit of Fashion: Chinese Watercolors by Colleen Quen at the China Brotsky Gallery in the Thoreau Center in San Francisco. Colleen is an associate board member of the San Francisco Opera Guild and the San Francisco Symphony.